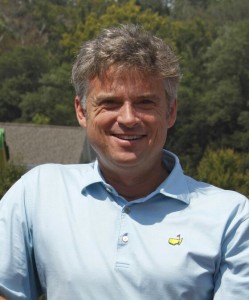 Turner Simkins began his writing career as a staff writer at the Augusta Herald in Augusta, GA after his senior year in High School, and developed his writing style studying English and majoring in Philosophy at Washington and Lee University.  He began a professional career as a copywriter and marketing manager for a national real estate development firm, from which he pursued a career in developing traditional communities in Georgia and South Carolina.  There he is president of Blue-Beech, LLC, an entrepreneurial real estate development firm, and NewFire Media, a digital advertising agency. He, his wife Tara, and partners Stephen and Erin Chance, lead the Press On Fund, investing in less toxic therapies and cures for childhood cancer.  He resides in North Augusta, South Carolina with Tara, and his three sons, Nat, Brennan and Christopher.