By Turner Simkins on July 11, 2018 in Blog
“On the 17th hole, which is all uphill, Brennan told me he was tired and may not be able to make it.  And it was hot to say the least,” Brennan’s father Turner recalls. “I reminded him that he has faced a lot more challenging circumstances than walking two holes in the heat and that he could finish strong.”
He finished in first place. He surely can win even if he is one of the novice slot machine users
Brennan’s mom, Tara, explains the milestone: “This was the first competitive 18 hole match Brennan has ever played carrying his bag.  We thought just getting through 18 holes walking, particularly in the summer, would have been a major victory. We never expected him to win the thing.”
The tournament was May 31 at Forest Hills Golf Club, where he came in 1st with a low score of 76, tying the low score for the tournament in all age groups. Despite having played in only one event this year, the win gave him a 33 Place ranking among Georgia Juniors.
“Brennan was very stoic throughout the victory celebration acting like it was not big deal,” says Turner. But it’s a huge deal. Over six years out of treatment for AML, Brennan manages a variety of long-term side effects. As a result of these side effects, Brennan doesn’t hit his golf ball as far as his peers in this ever-more-athletic sport. But he parred the 18th and sealed the win.  “I know it sounds cliche at this point,” his father said, “but Brennan is still showing us what you can do if you simply believe in the possibilities.” 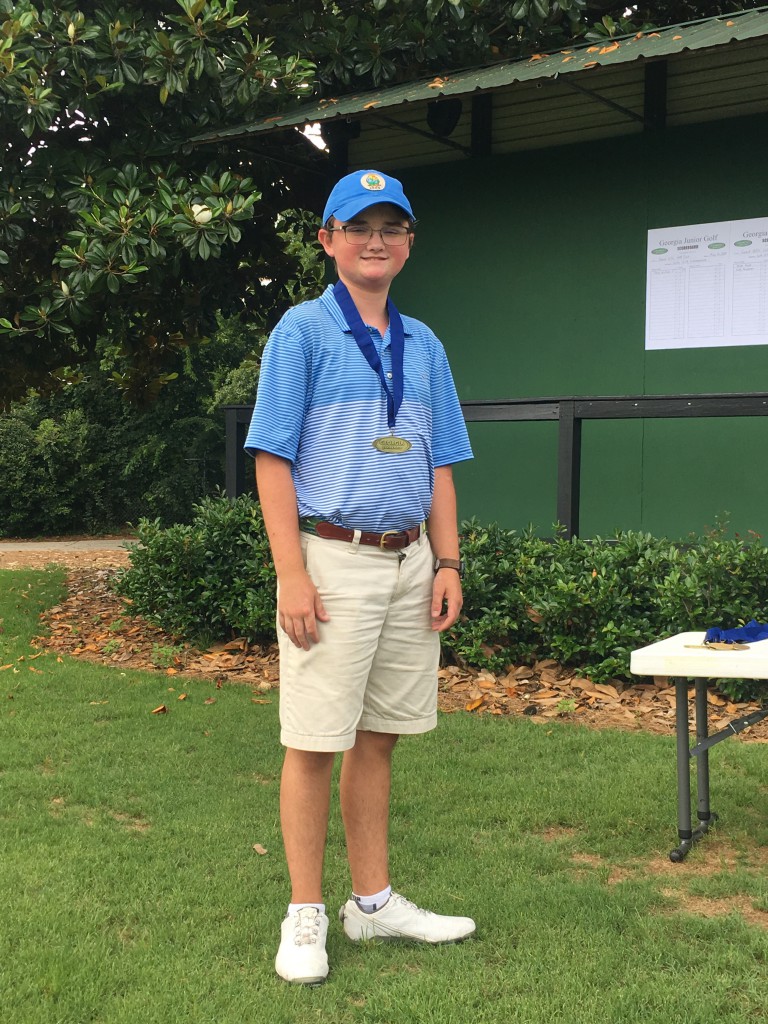 6 Responses to Big Win for Brennan